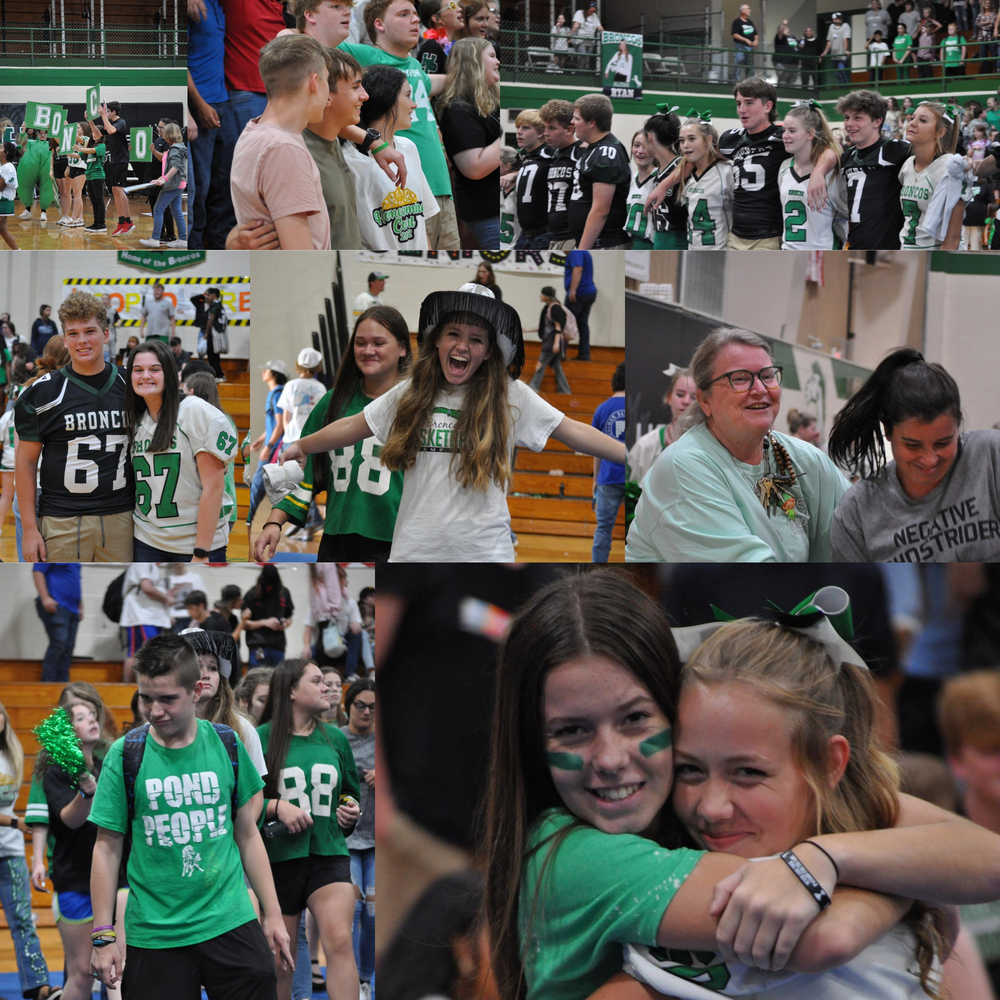 Homecoming 2022 was a success to say the least. The events that took place, and the connections made through the community were outstanding! It seemed as if almost everyone participated and had a great time. The sportsmanship displayed was fantastic and the want to be involved was through the roof.

You would’ve thought you were seeing double Monday. To start off the week, we had twin day. So many people participated in dressing up and had lots of fun doing it. Our activity for the day was class battle volleyball. Though all our teams played great, our sophomores took the win over everyone!

Tuesday we had a taco bar for our teachers in honor of taco tuesday! Students dressed in their best taco Tuesday inspired outfits to celebrate fiesta day. Later that morning, our annual homecoming olympics were held in our new gym. All four classes went head on competing in different relays and challenges. In the end, our seniors overruled and defeated everyone!

On wednesday we went full country and broke out the boots and cowboy hats for rodeo day. This day is always one of the most participated in dress up days among the students. Not long after the school day began, our 2022 powderpuff game began. There were two teams, Team Primetime and Team Broncettes. Team Primetime consisted of our senior and freshman classes and Team Broncettes included our junior and sophomore classes. The teams went one on one and played a game of flag football. Both teams were led by great coaches. Diego Garcia and Christian Couch were our two main coaches for Team Primetime. They were assisted by Levi Farr and Ethan Tapscott along with their water boys, Gunnar McBee and Asher Thrift. Team Broncettes were led by Kollin Brown with assistance from Brody Howell and Sawyer Olinger. Of course, Diego Arreguin made sure Team Broncettes stayed hydrated being the team’s waterboy. Both teams played good and hard with great sportsmanship. In the end, Team Primetime took the win overall!

Thursday we brought out the neon and came in with our best construction worker inspired outfits. We had reflective vests and even a few tool belts. That afternoon, our seniors went head to head with our teachers for our annual seniors vs. teachers kickball game. It was a rocky start for our seniors with the teachers being up with a strong lead of 5-0. In the end, seniors tied the game with a final score of 8-8. The teachers and students played hard but had lots of fun while doing it!

Spirit day is always the best day. Friday, we started the morning with everyone coming in with their best Bronco Spirit outfits. That afternoon, we held our homecoming parade for the first time in recent years. Each class got together to create their own class float for the parade. Our 2022 homecoming court, the football and cheerleading teams, our band, and first responders all took part in riding in either cars or on floats. This was held for our elementary and middle schools, and anyone in our community who wanted to attend!

Following our Parade, all grades, K-12,  gathered in the new gym for our homecoming pep rally. There were fun mini games that not only included the students, but we even had a game involving the teachers! Our seniors won the spirit stick and at the end we all came together to sing our Holly Pond Alma mater.

Leading up to the game, our pregame show was the presentation of the 2022 Homecoming Court. Eight girls from our senior class were chosen by their peers to represent their class, and one girl from the freshman, sophomore and junior classes were chosen to represent each of their grades. Once the game kicked off, it wasn’t looking too promising for our Broncos. The Mustangs led 14-0. As the game progressed, our boys started making a comeback. At the end of the game, the Mustangs won 57-53. Though it wasn’t the outcome we wanted, our boys played a good game and we couldn’t be more proud!